Ben has cracked one of his teeth in half, but is too sick to get it fixed right now. He doesn’t have much pain and actually thinks it’s pretty cool!

Ben lost half his tooth in a nurf gun battle

Phoebe was discharged from the hospital Saturday night. She has been doing well and will be admitted next week for her next round of chemo. Amey and the boys are still sick and staying at my parents’ house in East Texas, while Phoebe and I have split time between the hospital and our house in Dallas. Wednesday marks 10 days that we have been apart and we really don’t know when Amey and the boys will be able to come home.

Deacon and Averic are feeling better but Amey and Ben are still in the throes of a nasty upper respiratory infection. This is by far the longest I have been away from the boys or Amey since we were married 12 years ago. It is sad, Amey is really missing Phoebe and the boys really miss their little sister. Please pray that the sick ones will heal so we can have our great reunion. 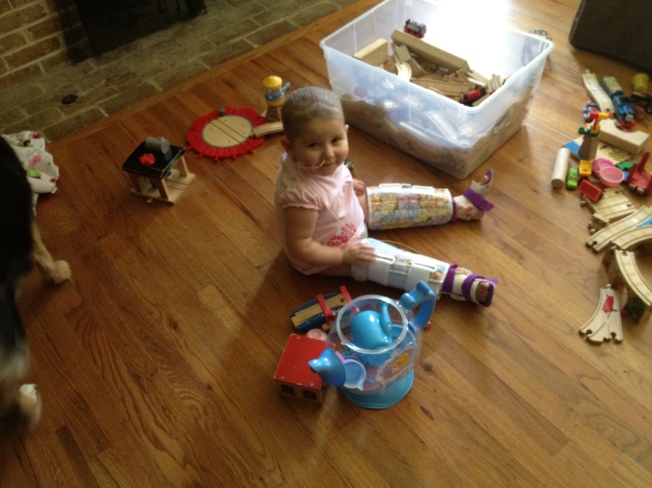 Phoebe plays with her orthotics on.