I was having so much fun with Phoebe last night that I forgot to post! I spent much of yesterday afternoon hunkered down with my boys in the bathtub with a matress over our heads since there were several tornadoes in the Dallas area so I was late in getting to the hospital. But I was delighted to find a happy, very energetic Phoebe upon my arrival. We made sticker pictures, played with play-doh, read stories and played Phoebe’s favorite game: scare Mommy. Scare Mommy goes something like this: Phoebe says “go to sleep Mom”, so I pretend to sleep, then she growls in a scruffy, deep voice; “RAWR!!” and I jump up, startled. This gets her goat every time. After the 18th time in a row, I’m kind of over it, but she loves it, so we play on. 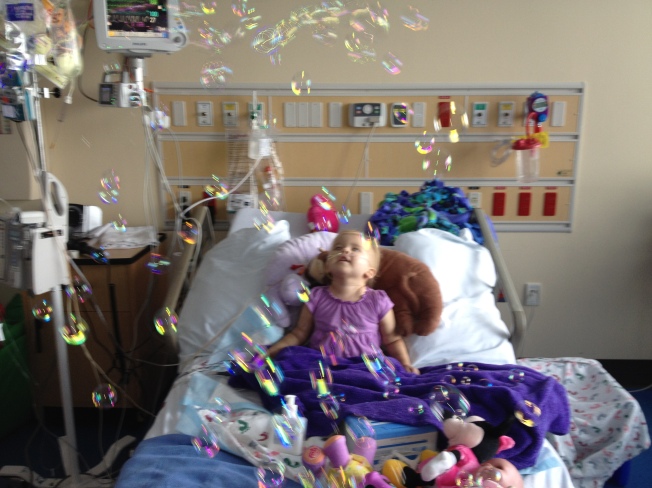 At 2 am she woke me up for another play-doh session and again at 6 am. This is one Play-Doh lovin’girl. The chemo started last night and she is receiving more this evening. So far she has only been sick once, and she had such a great day I would have forgotten she was getting chemo if the nurse hadn’t reminded me when she started it. Of course, her immune system is still in-tact, and as it starts to fall she will be more tired.  That should happen in about 6-10 days.

Phoebe’s newest “thing” is that she has recently discovered how enjoyable it is to champion my “using the restroom skills” much in the same way I championed her when she was potty training before the cancer diagnosis. Each time I emerge from the bathroom in her hospital room, she says “Did you go potty Mom?” to which I reply “why yes, Phoebe, I did.” This is met with a “Yay!” or “good job Mom!”. Today however, Phoebe took it a step further and decided to announce my fine progress to each person who entered the room. The nurse came in with some meds and Phoebe said “My Mom go tee-tee on the potty.” Oh me. The Pulmonologist came in: “My Mom go tee-tee on the potty.” Fortunately, Phoebe’s speech isn’t very clear right now so I just acted like his guess was as good as mine when she told him that. She cracks me up. 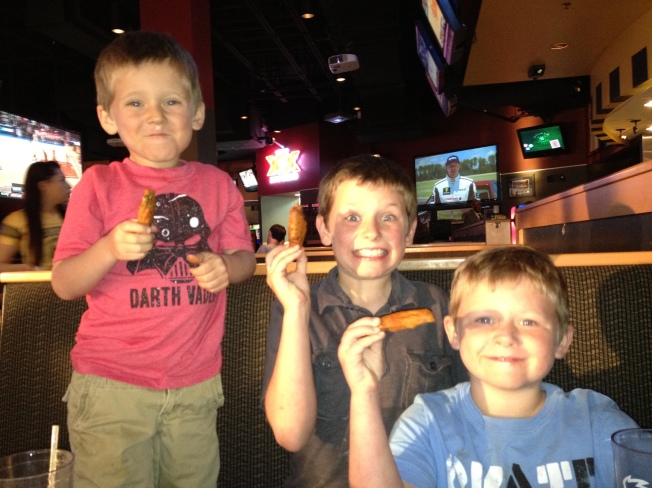 Dad and the boys go out for some hot wing and fun!

She seems to be tolerating the chemotherapy much better than last time which is encouraging. Only 2 more days of infusions to go. Her sodium levels are doing great, and for the first time in about 4 weeks  Phoebe is sleeping lying down rather than sitting up. She still can’t be on her back because her lungs don’t respond well in that position, but she is sleeping tonight on her side and geez if that isn’t the biggest bright spot in my day. I was seriously elated when Nathan sent me a picture of her on her side tonight. These little victories feel so triumphant!

The biggest prayer need right now concerning Phoebe is that they would be able to detect why she seems to be having so much atrophy in her muscles. The PT said her movements are not consistent with neurological issues, but rather severe muscle weakness. Her strength was normal after she rebounded from sepsis, but has really gone downhill over the last 2 weeks.

Thank you for praying! 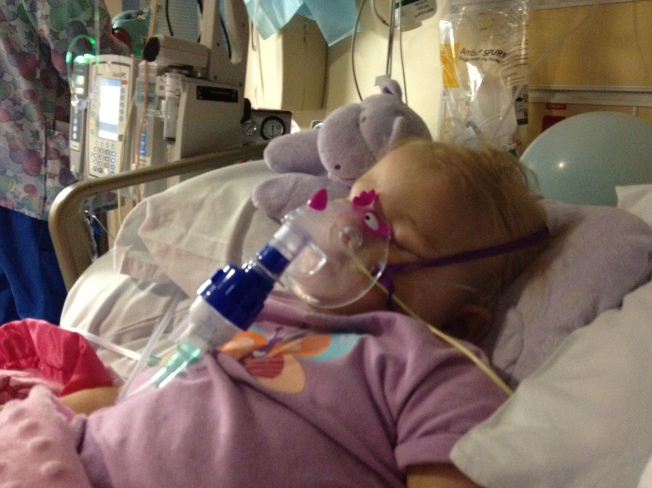 Phoebe sleeps through a breathing treatment.